Move Fast and Break Things: Had Enough, Yet!?

Move Fast and Break Things: Had Enough, Yet!?

Reid Hoffman, co-founder of LinkedIn and PayPal and a venture capitalist, endorses it in his new book Blitzscaling. For Hoffman, “blitzscaling” (or moving fast and breaking things) involves releasing beta versions of products, then fixing and financing them as you grow—with an emphasis on scaling fast and first—to achieve first-mover advantage.

First-mover advantage confers many benefits on innovators who win rights to new territory and define the rules, roles, and routes. Gaining this edge creates markets beyond market share, and it does so in the image of those arriving first.

Those who have arrived are BIG: Facebook has defined social media; Google, the search engine; Amazon, online shopping; and Airbnb and Uber, room- and ride-sharing. Together, they’ve defined a “gig economy,” the realization of the Break Things ideology.

From Hoffman’s perspective, speed trumps accuracy, and whatever breaks can be the next avenue to innovation—until it’s not!

Recent effects of the Break Things ideology were addressed in a 2017 book by Jonathan Taplin: Move Fast and Break Things: How Facebook, Google, and Amazon Cornered Culture and Undermined Democracy. Taplin’s basic thesis is that Silicon Valley increasingly resembles “some kind of nightmarish children’s playground, populated by overgrown babies with no idea of the consequences of their actions.”

We’re going to be living with the aftermath of this ideology for years to come. 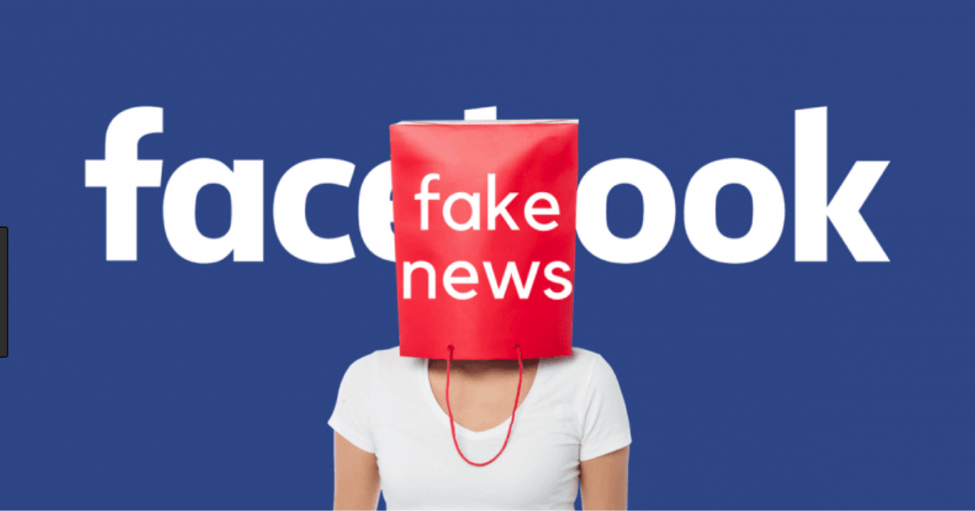 The Break Things ideology finds us scaling incompetence and only becoming competent when necessary, on the customer’s dime. This narrow strategy may work in Silicon Valley, where upgrading code is commonplace or where start-ups need to secure venture capital to go public in 24 months, but this impulsive mindset has real costs that we’ll be paying for a long time to come.

Facebook’s motto is no longer “Move Fast and Break Things,” but the results of that mentality are baked in. What Facebook didn’t realize is that moving fast can break things other than software code—it can undermine society and democratic norms.

View this 60 minutes clip — Brain Hacking — (or, if international, this article) on how Silicon Valley is engineering your phone, apps and social media to get you hooked, as examined by a former Google product manager.

As we’ve seen repeatedly, when you’re moving fast, you don’t have any time for reflection or to listen, learn, and gain perspective. You don’t have time to think about what exactly you might be breaking or the larger social consequences of what you’re doing.

Additionally, there’s even less time for public officials or the rest of society to catch up and monitor these occurrences.

The danger and consequences of the Break Things ideology reach well beyond Facebook, because the mentality was adopted everywhere and is still being promoted. The assumptions woven into our imagination have reinvented how we view business, success, public good, and leadership.

The downside of scaling has spiraled into a focus on short-term thinking and win-at-all-costs tactics. This mindset conflates opportunism with opportunities. The former reacts impulsively to market conditions for advantage; the latter supports long-term growth, focusing on sustainable values. Think Zynga (whose board Hoffman served on) vs. Apple. 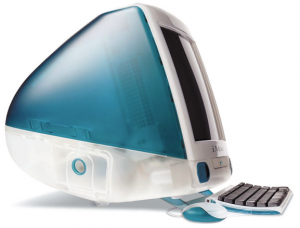 Steve Jobs’ return to Apple as interim CEO (1997) and his position as permanent CEO (2000) came with hard-fought wisdom. The pioneer of “insane products” shifted to creating a sustainable organizational culture as the source of innovation.

Scaling itself isn’t a negative practice, but to what end should it be implemented?

Impulsive scaling that disrupts for the purpose of being bigger, faster, and first encourages short-term thinking and opportunism. Opportunism often looks like opportunity, but our loss of focus finds us spread extremely thin in our desire to gain advantage.

Consider Facebook’s recent psy-ops methods to delay, deny and deflect in the wake of its recent scandals. The New York Times revealed that both Mark Zuckerberg and Sheryl Sandberg claimed to be so preoccupied that they knew little about Facebook’s political machinations:

Bent on growth, the pair ignored warning signs and then sought to conceal them from public view. At critical moments over the last three years, they were distracted by personal projects, and passed off security and policy decisions to subordinates, according to current and former executives.

Ironically, one of Sandberg’s “personal projects” is her Lean In book and curated cottage industry, which claim to empower women even while she’s overseeing a company that is disempowering democracy and dismantling personal privacy standards.

Scaling can also be intentional, focusing first on values in an organic manner. In this sense, leaders transcend opportunism.

Warby Parker is a great example of intentional scaling, leading with its mission statement. Since launching in 2010, Warby Parker’s founders stayed true to their roots by offering designer eyewear at a revolutionary price, all while leading the way for socially conscious businesses. They haven’t launched a shoe line, and they don’t sell handbags. They just do one thing, and they do it extremely well.

The Break Things ideology reduces business values to an algorithm of codes and transactions, stripping it of social or moral responsibility. Business now teaches us to leverage any advantage for a narrow group of winners.

Regarding this void, former Secretary of Defense Ash Carter posits that “disruptive innovations won’t produce a better society unless we work to contain their harms and spread their benefits”(“America Needs to Align Technology with a Public Purpose”).

The issues at Google, Facebook, Twitter, Airbnb, and Uber are due to their singular focus: cheap, on-demand services and goods. This kind of focus blinds us to the enduring costs to workers, society, or the public good.

Consider the glee with which Elon Musk revealed that humans must merge with machines to overcome the “existential threat” of artificial intelligence to make “everyone hyper-smart” (Axios). Musk’s suggestion reveals the tradeoff—public-good wisdom for market-driven smarts. His market-driven solution invites another problem: more ethical oversight. 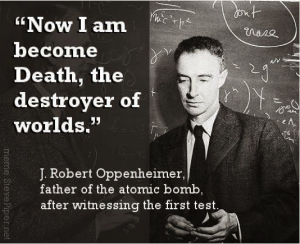 High-level competency combined with a deep moral center once limited access to new technologies. Now, a low bar for entry cultivates blindness, enabling access to technology before any ethos ripens. All change is declared progress (disruption is key) without seeking any wisdom. We valorize smart over wise and the next big thing over the right thing.

Consider nuclear or cloning technology: we weighed both earnestly before releasing them into the marketplace. Employing the Break Things mentality certainly would have had disastrous consequences for society. A review of Oppenheimer’s thoughts on the A-Bomb is a useful lesson, as he reflected, “Now I am become Death, the destroyer of worlds.”

We need a new ethos.

As Ash Carter puts it, “We ourselves—not only market forces—should bend the arc of change toward human good.”

The Break Things mentality, emboldened by Silicon Valley’s bro culture, reduces leadership to being first and fastest. Missing in this market-driven equation is social responsibility.

Indeed, Silicon Valley has had two decades to mold our notions of leadership. Its versions idolize a brand that sounds more like sex than leadership: we start firm, pound hard, flip fast, and cash out.

Consider the CEOs of Facebook, Google, Airbnb, Twitter, Lyft, and Tesla; former CEOs at Uber, Zynga, and Instagram; and others endorsing the Break Things ideology. Beyond gender or sex, this bro culture honors an impulsive and opportunistic attitude that shapes our values, leadership, and success in business.

Here’s the rub. Even when we include more women in boardrooms, the message is clear: buck up, walk tall, and lean in. Our recipe for getting ahead: be tough like a man. We may tame it, but it remains our primary business DNA. It’s baked into our American ideals about who we are.

For a sense of our testosterone-laden business models, read Zebras Fix What Unicorns Break by Jennifer Brandel, Mara Zepeda, Astrid Scholz, and Aniyia Williams. The authors call these models an urgent problem:

In this game, far more than money is at stake. When

[venture capital] firms prize time on site over truth, a lucky few may profit, but civil society suffers. When shareholder return trumps collective well-being, democracy itself is threatened. The reality is that business models breed behavior, and at scale, that behavior can lead to far-reaching, sometimes destructive outcomes.

It’s been two decades since our seduction by technology and disruptive change. We are maturing to understand some of technology’s societal impact; the evidence thus far ought to give us pause. There are no quick solutions, but can we venture beyond the Move Fast, Break Things ideology?

Brandel et al, believe that it’s time to develop “alternative business models to the startup status quo has become a central moral challenge of our time. These alternative models will balance profit and purpose, champion democracy, and put a premium on sharing power and resources. Companies that create a more just and responsible society will hear, help, and heal the customers and communities they serve.”

I offer two additional resources that might offer some perspective:

Winners Take All: The Elite Charade of Changing the World by Anand Giridharadas (2018)